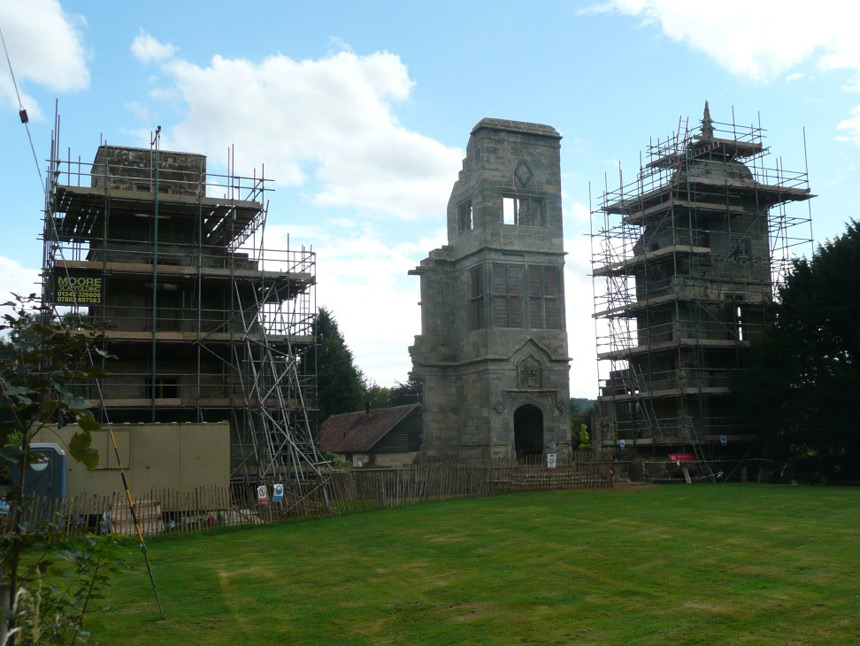 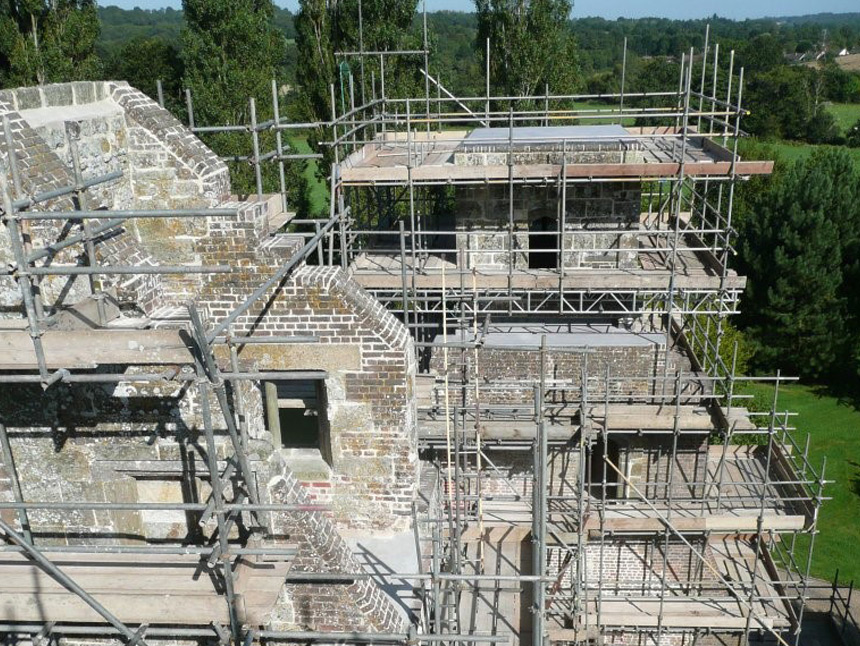 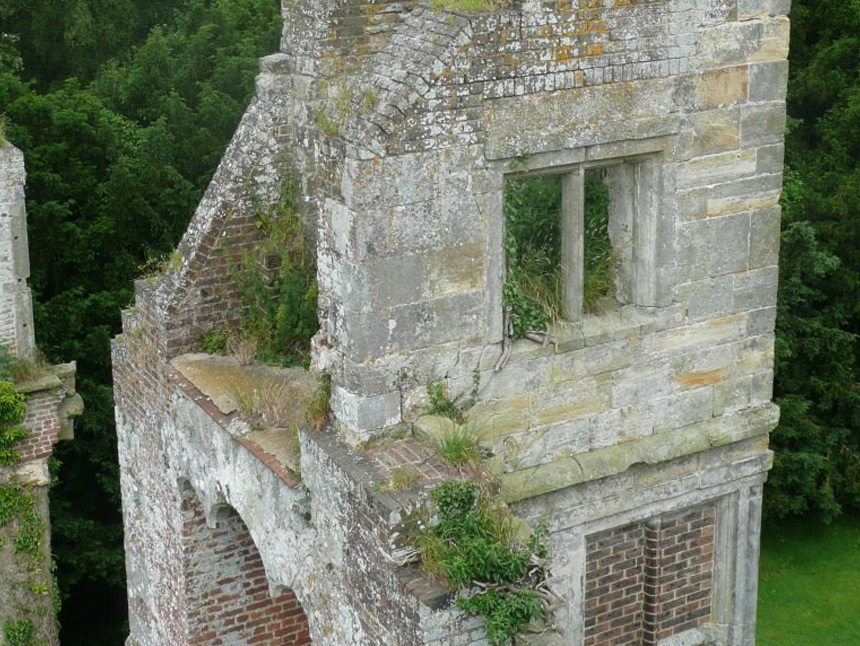 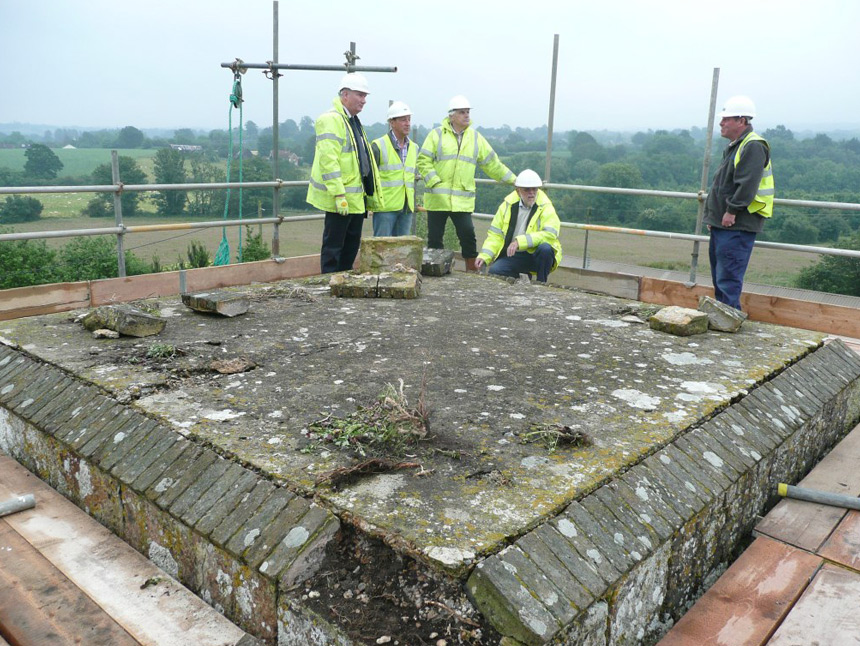 This Scheduled Ancient Monument was built in 1634 by Sir Henry Morgan in East Sussex. He fled Cromwell’s troops and promptly blew up his new mansion which was totally lost above ground level with the exception of the East and West towers and the central entrance tower of the North front. Stabilised by Emile Godfrey in the 1920’s natural deterioration and physical intrusion by ivy had destabilised the towers to the point of collapse.

Grant aided by English Heritage in an emergency programme of stabilisation and consolidation secured the Monument against loss. The work was carried out under a Scheduled Monument Consent